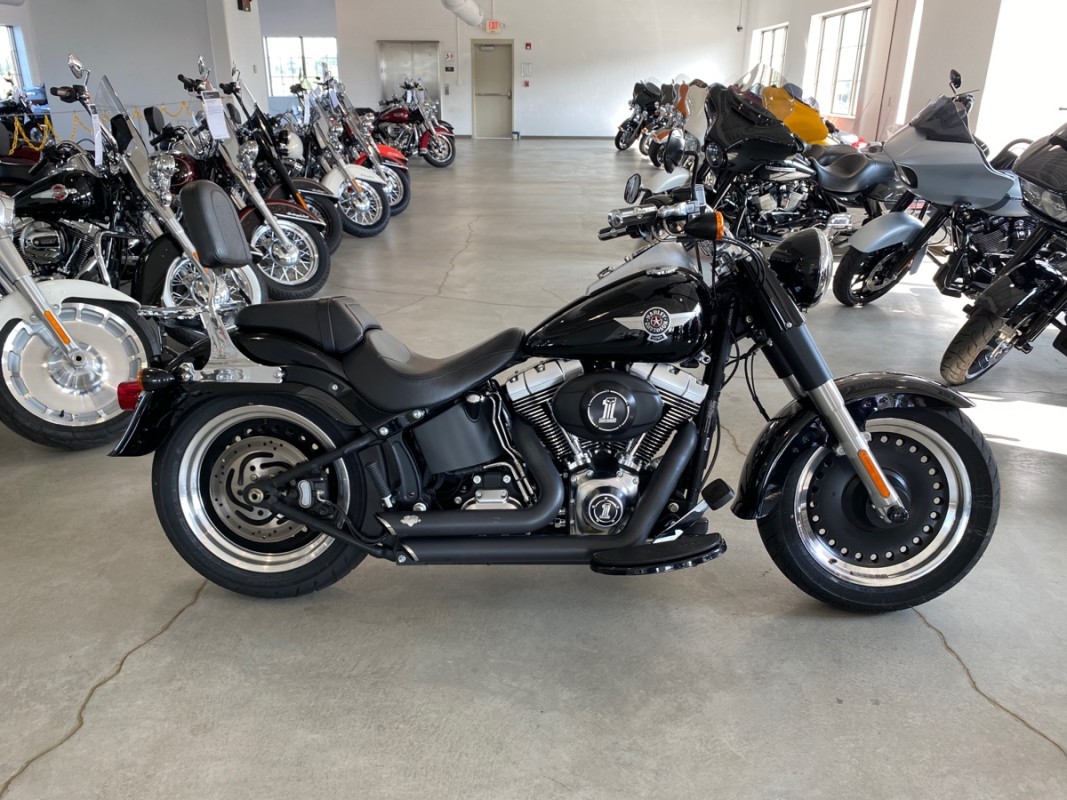 The 2014 new Fat Bob® is a Dark Custom™ cruiser with a big motorcycle feel that is muscular, mean, and aggressive. 2014 sees a redesigned seat and a beefy drag handlebar to give a more aggressive riding position, blacked-out detailing on the shock covers and air cleaner, a chopped rear fender, LED taillights, and new tank graphics. It features a powerful air-cooled Twin Cam 103™ engine with a Six-Speed Cruise Drive transmission, providing more performance power for passing, hill-climbing, and riding with passenger and luggage. With the wires routed through the steel, you get a clean, minimal look. Add to that the wide stance and 16" front wheel, and you have a cool fat custom look with a powerful big twin engine. 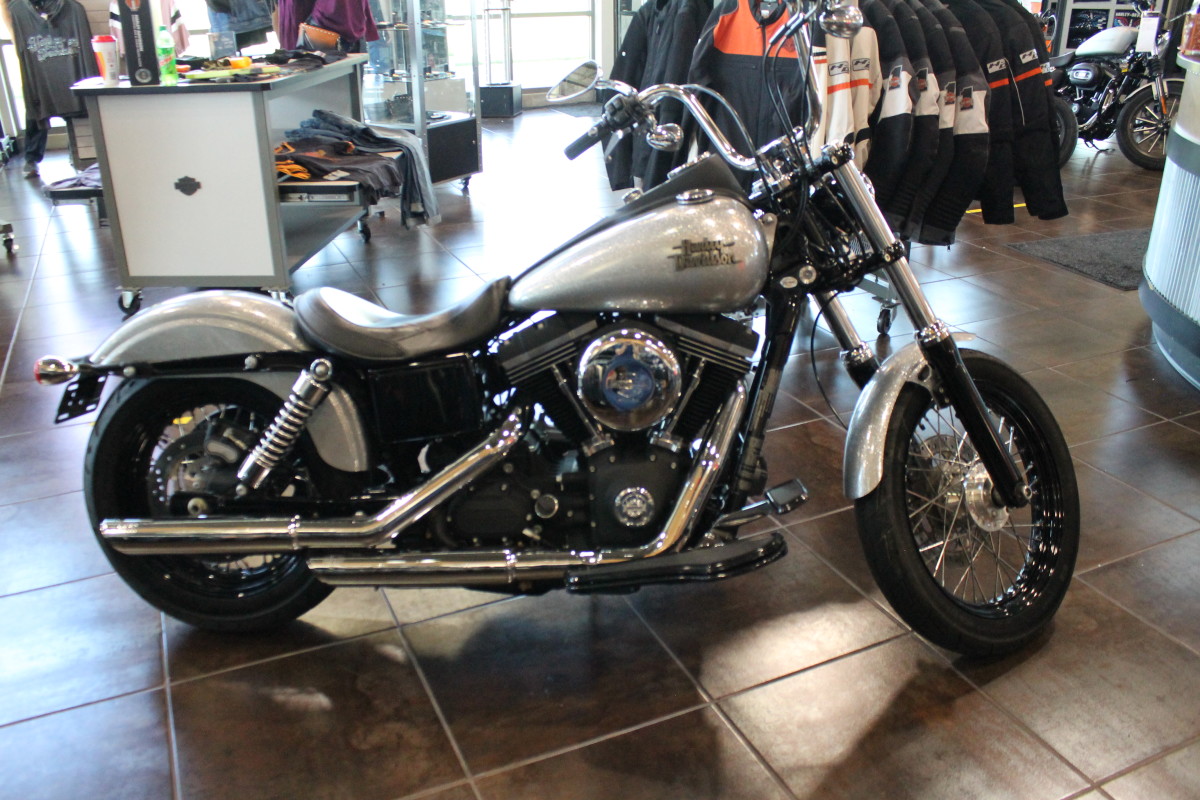 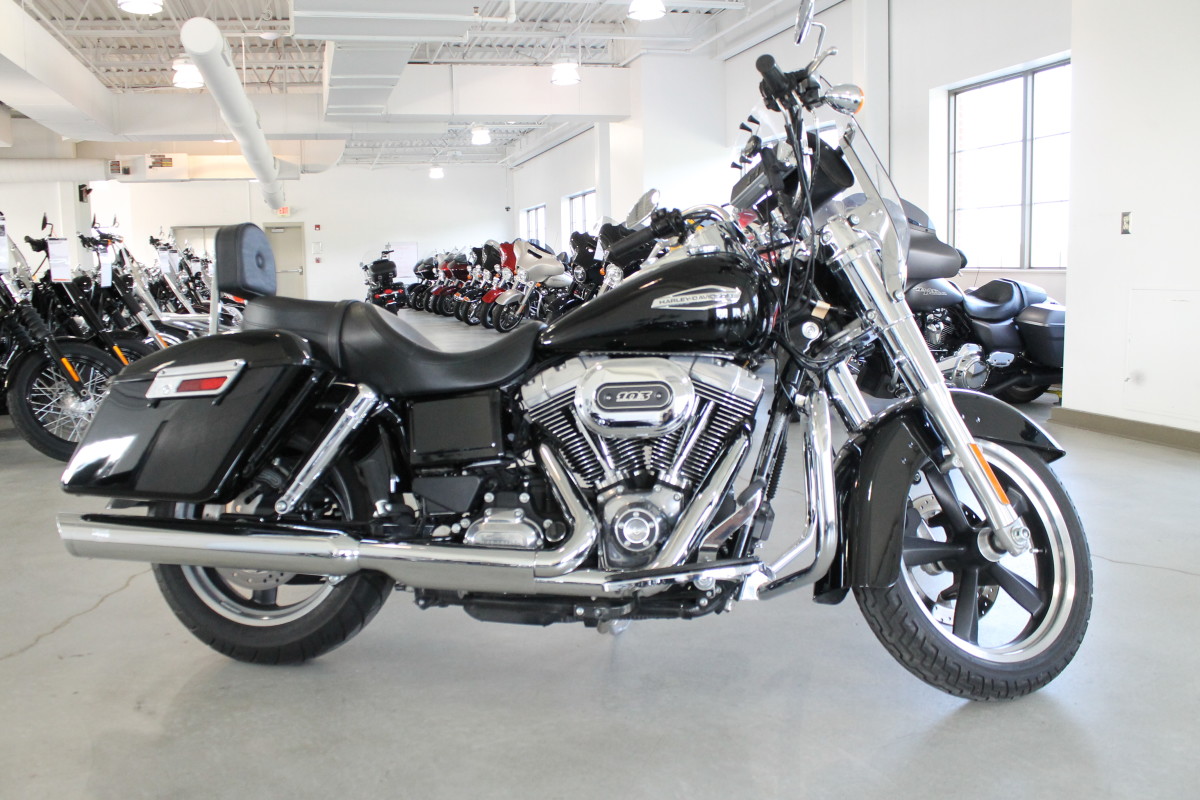 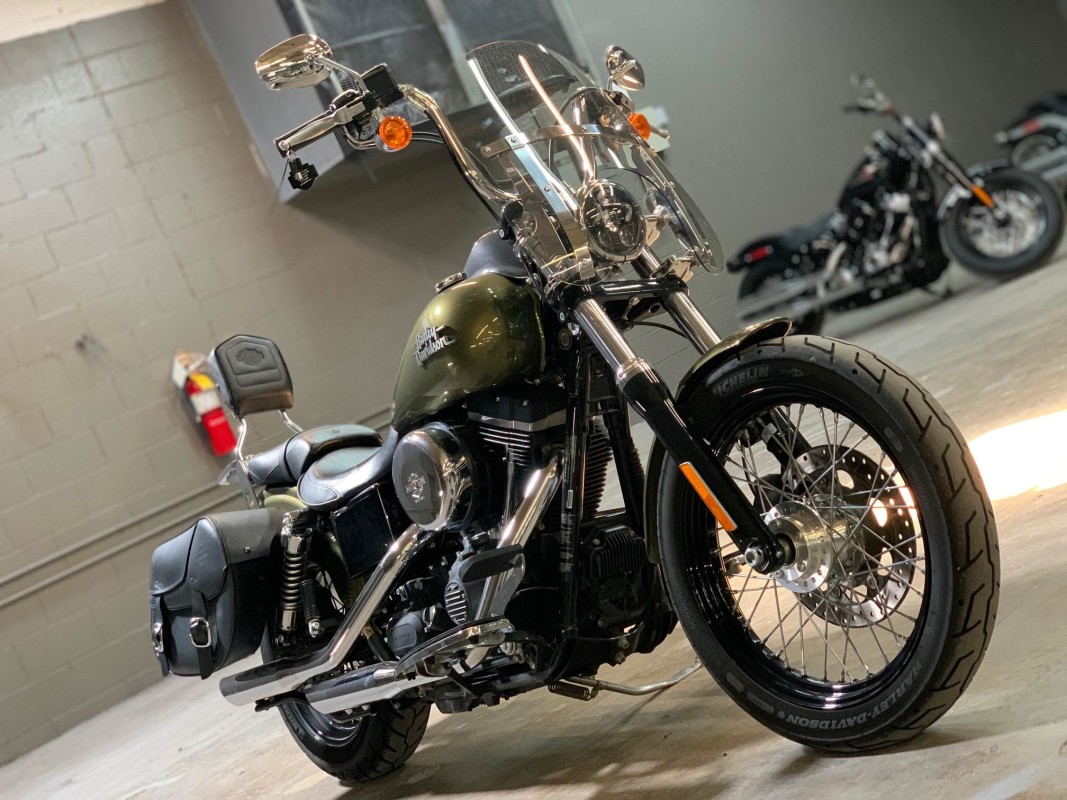 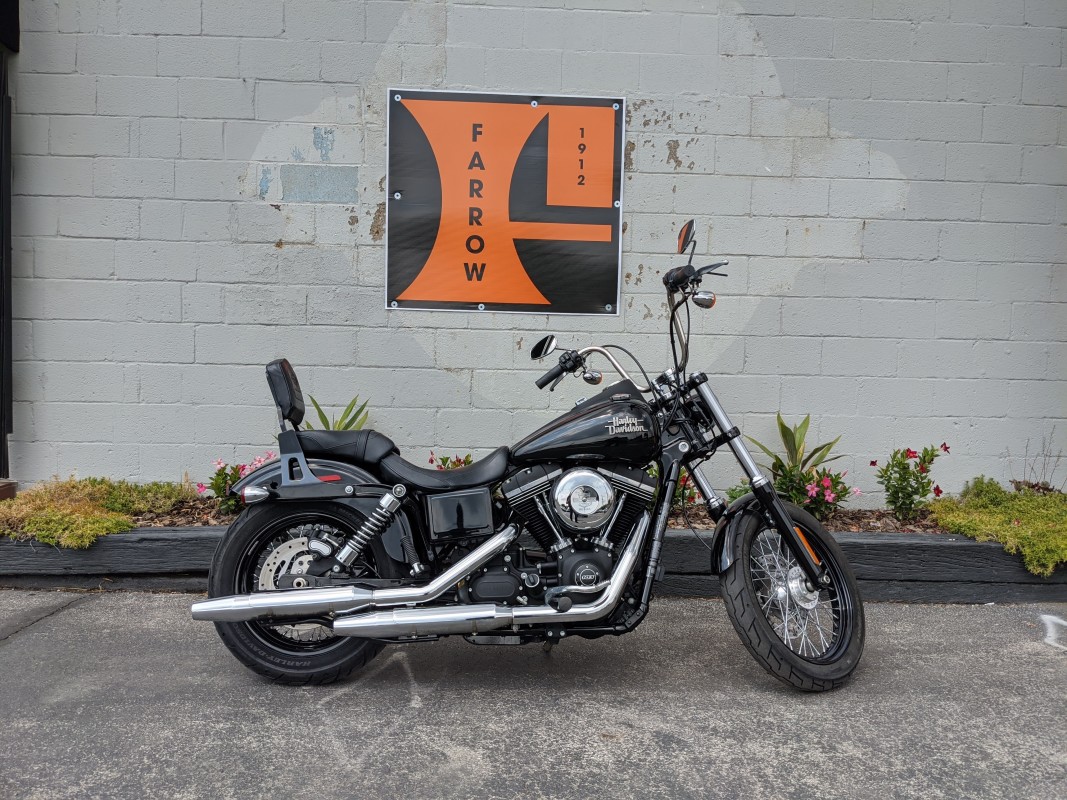